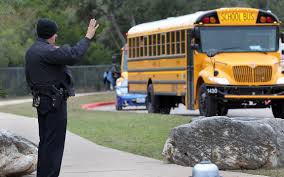 AUSTIN (KXAN) — Tens of thousands of Austin Independent School District students returned to class Tuesday. For many students, teachers and administrators, it could be the last year in their schools.

On Sept. 6, AISD Superintendent Paul Cruz and his staff will release a list of schools they believe the district should consider for closure or consolidation.

That could include Metz Elementary in East Austin. It’s one of three schools all within a mile and a half of each other. AISD is planning $25 million in upgrades for nearby Sanchez Elementary but nothing for Metz or Zavala elementary schools.

This school year though, it’s a full house at Metz as students from Sanchez will also pack the halls while their school gets its upgrades.

Sanchez’s multi-million dollar modernization project left many in the community worried about the future of Metz and Zavala. The district could consolidate the schools due to low enrollment. This move to consolidate schools was first approved by voters during the Fall 2017 bond vote. The $1.05 billion bond was shaped by the district’s Facility Master Plan, which serves as a guideline for all AISD facilities over the next 25 years.

But at present, the district has not made a decision on which AISD schools they plan to close or consolidate. In early August, the district pushed back its timeline to Sept. 6, and the school board won’t make any of those proposed changes official until November. It also plans to get weeks of feedback from the community after the proposal is released.

School and district leaders said they are currently focused on making sure students are in a 21st century learning environment to prepare them for the future. Metz Elementary Principal Martha Castillo agrees, saying their attention is on the classroom.

“We try to let the outside noise not affect the work that we do with students, we are here for the kids that are here every day and that’s what we will continue to do,” Castillo said. “We are going to focus on the students and the learning every day that we are here.”

On Aug. 15, the Texas Education Agency released its 2019 accountability ratings, which showed big improvements for Metz and Zavala elementary schools — but not for Sanchez. Metz jumped from a D to a B as its score rose from 66 in 2018 to an 81 last year.

“We are very proud that we have received a recognized rating,” Castillo said. “As a campus, we set a goal and then we made sure all hands were on deck, all individuals in the building were working toward the same goal and every week we would check in to make sure progress was being made.”

Zavala Elementary kept its B rating but went up from an 83 in 2018 to an 87 last year. However, Sanchez Elementary School’s ratings fell from a 78 to a 71, still a C grade.

The project to modernize Sanchez Elementary School should be completed by August 2021.